The strength of the regional integration movement provides a solid platform upon which the Caribbean Community (CARICOM) can build its resilience within a global environment constantly in flux.

That sentiment was expressed by the Secretary-General, Ambassador Irwin LaRocque, earlier today, Thursday 18 May 2017, when he addressed the opening of the 20th Meeting of the Council for Foreign and Community Relations (COFCOR). Barbados is host of the two-day meeting, being chaired by Hon. Maxine McClean, Minister of Foreign Affairs and Foreign Trade of Barbados.

Ambassador LaRocque said COFCOR was meeting at a time when international order was in greater flux than usual. As the balance of power shifted and voids became evident in international leadership on matters of great global import, such as climate change, new and assertive actors were beginning to fill those voids, he added.

“Globalization and multilateralism, characterised by open borders, the institutionalization of economic and political cooperation, and shared sovereignty are unravelling, increasingly challenged by the rise of populism, protectionism and isolationism,” the CARICOM Secretary-General told the gathering of the Region’s Foreign Ministers

Some international developments had far-reaching implications for the Community’s well-being, the Secretary-General noted, highlighting the commencement of the Brexit process and a new US administration whose policy positions towards the Region were not yet clear. The uncertainty that potential policy reversals in the US brought to a number of critical global issues was also crucial to CARICOM.

Brexit, he said, involved parties that were among the Region’s major trading and development partners, making it important for the Community to maintain the strong relationships with both.

Imminent negotiations on the post-Cotonou arrangements which would define the future relationship between the ACP Group of Countries and the EU; the discussion on the revitalisation of the ACP itself, a construct which had been useful in bringing three regions together in common cause; and the ever-present existential threat of climate change were among the other issues he highlighted that had far-reaching implications for CARICOM.

The Secretary-General said CARICOM was adapting to change and building the resilience, even as it sought new opportunities for advancement and a strengthened Community.

“The Caribbean Community has a complex and formidable task at hand.  With change, comes uncertainty but also the potential for opportunities.  I believe, as I have said in another forum, that “the strength of our integration movement gives us a solid platform upon which to build our resilience,” Mr. LaRocque said.

He noted that CARICOM had been pursuing engagements with Third Countries to address the issues including graduation from access to concessional development financing, with some success; engaging relevant authorities in foreign capitals to address the withdrawal of correspondent banking services; and confronting in an aggressive manner, those nations that persist in labelling some CARICOM Member States as non-cooperative tax jurisdictions.

“The unilateral black listing of our Member States by countries who we think of as our traditional friends, is unwarranted, unhelpful and indeed harmful to our economies,” Mr LaRocque stated.

However, he noted that the Community had begun to see the value of acting in concert. That has become evident as the Community prepares for the upcoming high-level UN Conference on Oceans, on the conservation and sustainable use of marine resources, to be held in New York 5-9 June, 2017.

“The Community has brought together the negotiating skills of its Permanent Representatives to the UN, the guidance of their capitals, and the inputs of technical experts from UWI and CARICOM specialized institutions to maximize the effectiveness of our participation,” the CARICOM Secretary-General said,

He added: “In a world where the shared rules and principles that legitimize international action are repeatedly flouted and weakened, CARICOM, as small states, must rely more than ever on focused and coordinated diplomacy, bolster its relations with like-minded states, and continue to advocate for multilateralism and a strengthened United Nations.

The meeting of the COFCOR in Barbados will feature an engagement with representatives from Belgium and Japan as CARICOM pursues strategic alliances to strengthen and broaden its global outreach. 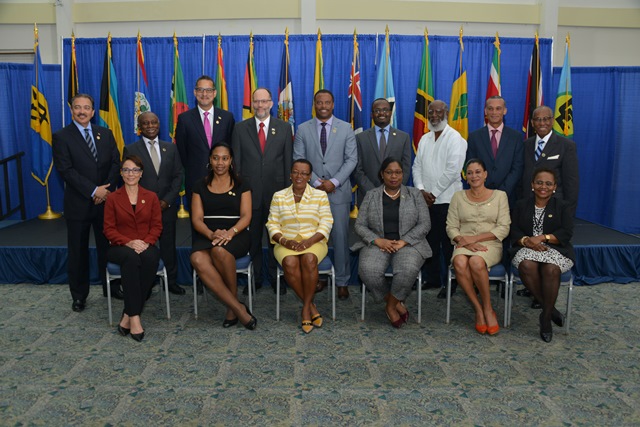 CHRISTOPHE HARBOUR FOUNDATION GIVES BACK TO THE LOCAL COMMUNITY