U.S. Dairy Export Council and IICA forge closer ties to foster the implementation of scientific standards in the dairy sector of the Americas

by SKNISEditor
in Featured, Press Releases

San Jose, 6 April 2022 (IICA) – The U.S. Dairy Export Council (USDEC) and the Inter-American Institute for Cooperation on Agriculture (IICA) will implement actions to strengthen the development and implementation of standards in this key sector of the food industry, enhance production capacities and generate greater recognition of the fundamental role played by the livestock sector in the agrifood systems of Latin America and the Caribbean.

The organizations expanded a previous technical cooperation agreement to follow up on matters addressed at the United Nations Food Systems Summit 2021, such as the need to share science-based best practices to boost sustainable productivity.

HISTORIC INSTALLATION CEREMONY OF THE FIRST FEMALE GOVERNOR-GENERAL OF ST. KITTS AND NEVIS TO TAKE PLACE ON SATURDAY, FEBRUARY 4

“As a region, we are stronger when we speak with a single voice. It is therefore crucial to work together to harmonize science-based standards in the areas of health, safety, sustainability and quality”, explained Manuel Otero, Director General of IICA.

Jaime Castañeda, Executive Vice President of USDEC, noted that IICA has long been a leader in the Americas, providing technical support and expertise in the field of agriculture.

“Within the current context, IICA is in the perfect position to continue to lead and to provide countries across the region with tools and resources to ensure that decisions made are based on science”, remarked Castañeda. 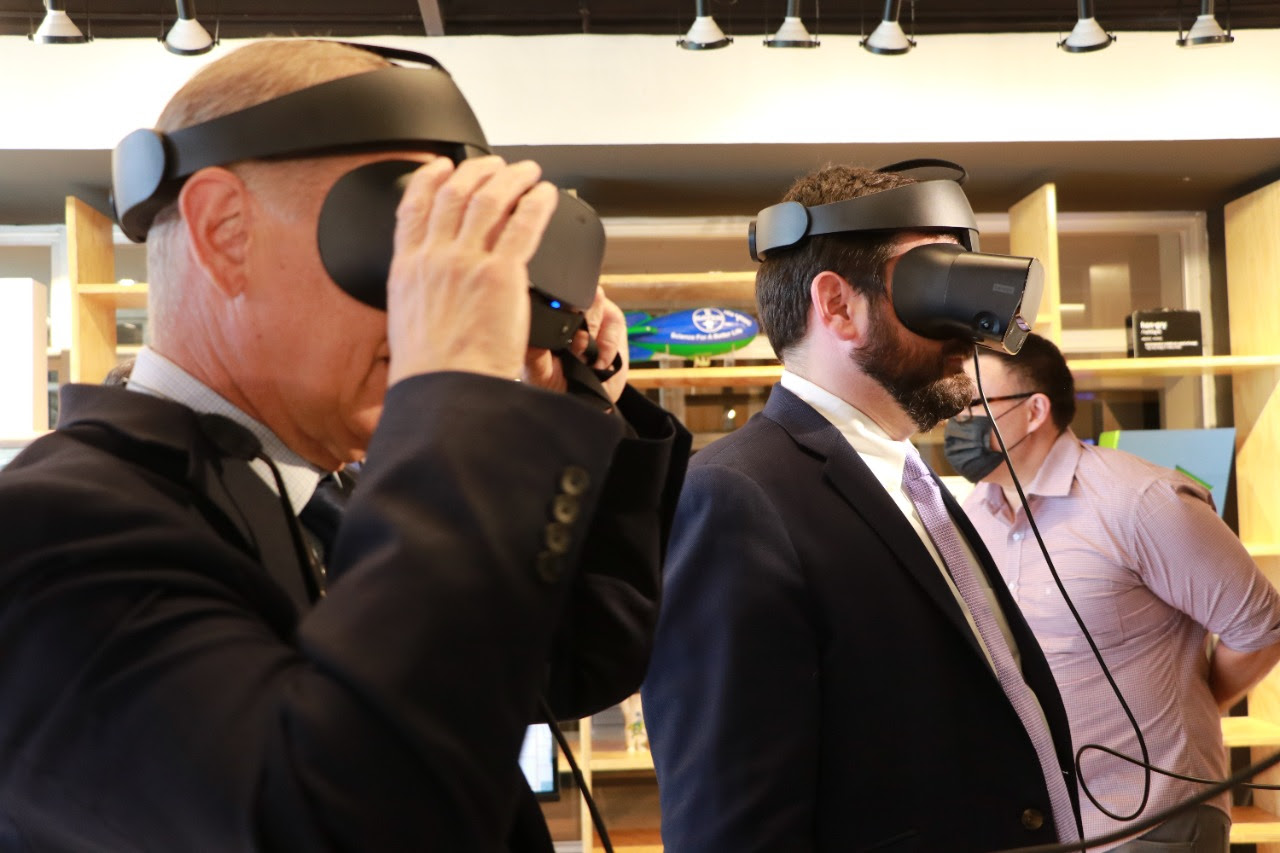 Jaime Castañeda, Executive Vice President of USDEC; and Nicholas Gardner, Vice President for Sustainability and Multilateral Affairs at USDEC, during a tour of the Interpretive Center for Tomorrow’s Agriculture (CIMAG).

The organizations signed their first technical cooperation agreement in 2019, when now-U.S. Secretary of Agriculture Tom Vilsack was at the helm of the Council.

USDEC, which was founded in 1995 and comprises 115 companies representing 80% of U.S. dairy processors, will provide IICA with resources to implement joint initiatives aimed at promoting science-based standards. Specifically, efforts will be undertaken to support the training of scientists throughout the Hemisphere, promote food safety, and prevent the enactment of regulations without scientific basis that negatively impact the dairy industry.

According to Nicholas Gardner, Vice President for Sustainability and Multilateral Affairs at USDEC, “The Council is committed to this partnership with IICA because it has achieved results by supporting science-based standards on safety while reducing barriers to trade”.

“We are committed to our partnership with USDEC to raise awareness of the dairy sector’s importance for human health and nutrition, as well as for environmental, social and economic sustainability”, added Lloyd Day, Deputy Director General of IICA.

Americas at risk of further COVID-19 wave as cases surge in other regions, PAHO Director warns

HISTORIC INSTALLATION CEREMONY OF THE FIRST FEMALE GOVERNOR-GENERAL OF ST. KITTS AND NEVIS TO TAKE PLACE ON SATURDAY, FEBRUARY 4