Coordinator for the Ocean Governance and Fisheries Programme at the OECS Commission, David Robin, disclosed that consultants could be visiting the federation as soon as June.

“The Caribbean Regional Oceanscape Project started in October of last year. It will end on the 31st of December in 2021 over a period of just over four years, and at this point we are already looking [at] arrangements for having consultants to deal with the various aspects of the project, hopefully coming out to the members states maybe within the next two months or so, for the first component, which would be looking at environmental and social safeguards,” Mr. Robin explained.

This aspect of the project will include work to ensure that it does not adversely impact on the environment or socially on the population in the participating Member States. In preparation for that aspect of the project, Mr. Robin and Susanna Scott who works as the Climate Change Coordinator under the Disaster Vulnerability Reduction Project, recently visited the Federation to meet with several stakeholders, including the Department of Maritime Affairs.

“At this point, there are only five member states participating in this project, but, conceivably, it could extend to other member states should they so desire. The project is US$6.3 million. It is funded by the Global Environmental Facility. It is being implemented by the World Bank on behalf of the Global Environmental Facility and executed by the OECS Commission on behalf of the Members States who chose to make that arrangement,” said Mr. Robin.

The second component, strengthening knowledge and capacity objective is to strengthen knowledge and capacity of citizens and institutions for ocean governance. The third component, project management, monitoring, and assessment objective is to ensure effective project implementation, monitoring of activities, and final project evaluation.The other participating territories are St. Vincent and the Grenadines, Dominica, Grenada and Saint Lucia. 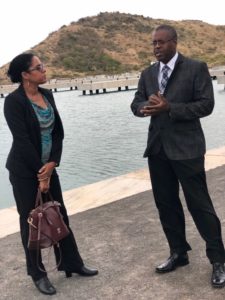 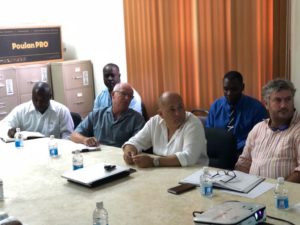