At COP 27, IICA will present a document on sustainable agriculture milestones from across the Americas showcasing the countries’ shared commitment to combating climate change and caring for the environment

by SKNISEditor
in Featured, Press Releases

San Jose, 2 November 2022 (IICA) – The most important achievements of agriculture in the Americas in combating and mitigating climate change and protecting the environment and natural resources ¾a shared commitment of countries in the region¾ will be presented to the rest of the world by the Inter-American Institute for Cooperation on Agriculture (IICA) at the 27th Conference of the Parties to the United Nations Framework Convention on Climate Change (COP27), set to take place in Egypt this month.

COP27 will bring together heads of state and government, ministers and negotiators, climate activists, mayors, representatives of civil society and private organizations, for the most important annual meeting on climate action, where measures are expected to be adopted that are essential for tackling the climate emergency.

At the global event, the Director General of IICA, Manuel Otero, will present the document “Sustainable Agriculture Milestones in the Americas,” which showcases a series of successful initiatives implemented in rural areas in recent years, explained in detail by those involved, with scientific rigor but in language anyone can understand.

In the foreword to the document, Manuel Otero, Director General of IICA, and Rattan Lal, Director of Ohio State University’s Carbon Management and Sequestration Center (C-MASC) and regarded as the world’s foremost authority on soil science, write: “We know our agri-food systems can be improved, but we are also convinced they are not failed systems. Many things are being done well in terms of environmental sustainability and these cases from across the continent are evidence of that.”

Otero and Lal also explain in the foreword that “Sustainable agriculture and agri-food systems in the Americas play a strategic role at the global level, as well as within the countries of the region. They are making a unique contribution to the recovery, and to socioeconomic sustainability and food security, a contribution that is of decisive importance for harmonious economic and social development.”

With this new and valuable material, IICA aims to ensure that agriculture in the Americas takes center stage at in this year’s United Nations Conference on Climate Change, where key decisions will be taken that will determine the form of economic and social development in the years ahead.

The objective of the presentation is to drive home to stakeholders the fact that agriculture is a core element of the solutions to climate change and of the efforts to help transform global agri-food systems through a science-based process and with farmers as key players.

Targeted at both non-specialized and expert audiences, the document provides information about direct seeding (conservation agriculture), the System of Rice Intensification (SRI), agrosilvopastoral systems, natural grasslands, the use of coffee by-products, sustainable livestock production, and good practices now being widely used in the Caribbean countries.

These are successful experiences of the agriculture sector across the Americas, which is beginning to transition towards more inclusive, resilient and sustainable agri-food systems, based on the principle of producing more with less.

These examples of how productivity can be balanced with caring for the environment that IICA is presenting to the world demonstrate that concern for the sustainability of agriculture in the Americas has been translated into action.

As the document shows, the continent has generated an invaluable amount of scientific knowledge related to food and nutritional security, agriculture and innovation, and their relationship with climate change.

More knowledge of this kind is urgently needed at a time when overlapping environmental, health, war, economic and social crises are threatening the planet’s food security.

Direct seeding, with the wide range of benefits it offers for environmental conservation, has positively transformed agriculture in a number of countries around the world, but in no other region has the revolution been as rapid or as far-reaching as in the countries of the Americas, especially in the Southern Cone.

It is a system based on the principles of conservation agriculture: minimum soil disturbance, mulching, and the adoption of complex rotations that include cover crops. The Argentine Association of Direct Seeding Farmers (AAPRESID), a point of reference for the entire world, gives details of its experience in the document.

Rice cultivation is essential for food security, and the System of Rice Intensification (SRI) has enabled farmers in different Latin American countries to reduce water consumption by up to 50%. In the document, specialists from IICA and Chile’s National Agricultural Research Institute (INIA) explain how this was achieved.

The use of agrosilvopastoral systems, which combine forestry, crops and livestock grazing on the same land, is an increasingly widespread practice among small and medium-scale farmers in the forested regions of the continent, promoting biological diversity and the rehabilitation of degraded areas. The Brazilian Agricultural Research Company (EMBRAPA), a public institution of excellence, describes its long experience of work in this field.

The sound management of natural grasslands by livestock producers in the region is also making substantive contributions and leading to the preservation of large areas of ecosystems that harbor unique biodiversity and contribute to the mitigation of climate change. Experts from Uruguay’s National Agricultural Research Institute (INIA) tell us how it is done in the document.

Sustainable livestock farming initiatives in different countries are also described in detail. These efforts are helping to mitigate the subsector’s greenhouse gas (GHG) emissions, promoting animal welfare, enabling families to remain on their farms, and boosting the economies of family farmers. The Global Roundtable for Sustainable Beef (GRSB), which promotes good practices in the region in collaboration with IICA, is one of the protagonists of this chapter.

In many countries of the region, a true revolution is under way as farmers make full use of coffee byproducts under the bioeconomy concept. This innovation has not only added value, created wealth, and enabled farmers to diversify their income, but is also making a significant contribution to the sustainability of an activity that is the biggest driver of the region’s rural economy. Professionals from the Costa Rican Coffee Institute (ICAFE) explain how this was achieved. 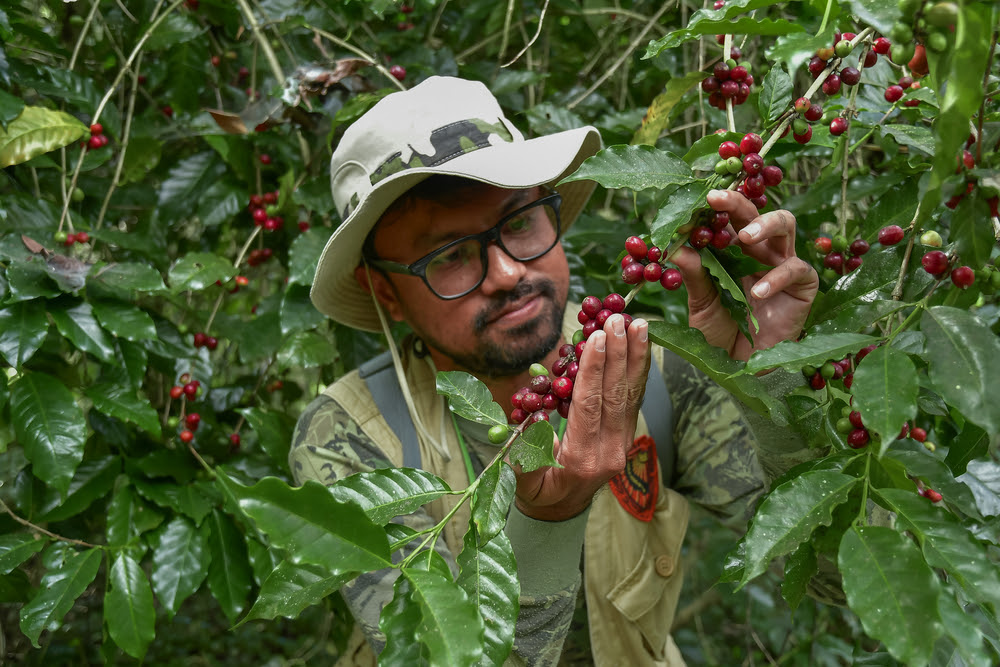 The document also showcases the enormous progress made by Caribbean farmers, based on extensive networks of reciprocal and cross-border collaboration, in achieving greater resilience and higher productivity in one of the regions of the world most affected by climate change, where countries are making a huge effort to reduce their traditional dependence on food imports.

The experiences highlighted in the document demonstrate how sustainable agriculture and agri-food systems in the Americas offer structural solutions to the most serious problems facing human civilization.

Our continent, where one in four of the world’s agricultural products originate, is not only a guarantor of global food and nutritional security.

It also plays a strategic role in the planet’s environmental security, thanks to its wealth of natural resources and the actions of farmers in the Americas as true guardians of biodiversity.